A Collaborate Effort for a New Community Gathering Spot & Much More

In early 2016, the Henderson Audubon Board of REALTORS® attended a workshop about placemaking grants. We were hooked and decided to get engaged in a placemaking project in our community. Taking what we learned at the workshop, we reached out to our local Main Street organization to discuss creating a new pocket park in Henderson, KY. We presented this idea to the city commissioners and let them know that the National Association of REALTORS® had a placemaking grant available for these types of projects and that we would love to be involved in the project. The seed was planted. Several months later, a committee was formed – and we were invited to be a part of the committee.

The community partners that were represented on the committee were The Downtown Henderson Partnership, The Henderson City Manager, Public Information Officer, City Engineer, two City Commissioners, Henderson Tourist Commission, Ohio Valley Art League, The Preston Foundation, The Henderson Area Arts alliance and the Henderson Audubon Board of REALTORS®. We also partnered with our local Chamber of Commerce, Tri-County Council of Labor, AFL-CIO, and several local business owners. Our Association was involved with all stages of the planning and completion of this project. This project was collaboration at its best.

We transformed a vacant, “lava rock island”, as we called it, into a beautiful gathering place for the entire community. The pocket park, “The Perch”, was officially opened in November of 2018, with a beautiful ribbon cutting ceremony with over 200 people in attendance.  It has since been the ideal place for pop up concerts and our local first Friday lunch events.

The Perch has received several honors since its completion.  We have received an award from the Kentucky Recreation and Parks Society and the Kentucky Chapter of the American Public Works Association. And our collaborative efforts were recently featured in forum for the Kentucky League of Cities.

The $5,000 placemaking grant that we received from the National Association of REALTORS® was a game changer for us. This grant changed our standing in the community. It got us a “seat at the table”. It made our community realize that REALTORS® are about so much more than selling house. They learned that we are passionate about our communities and the people that work, live and play in them.

It just over a year since the completion of the Perch, we have been asked to serve on the Mayor’s visioning committee, to participate on several projects and to be part of the Downtown Master Plan.  And just recently we were invited to take part in a regional visioning process consisting of 8 regional communities. It is now common for our community stakeholders to reach out to us on a weekly basis for input on community matters.
The collaboration that this project spurred is unbelievable and hard to describe.  It was placemaking at its core. We are so proud to have been a part of this project and because of it we will be a part of many more community collaborations. 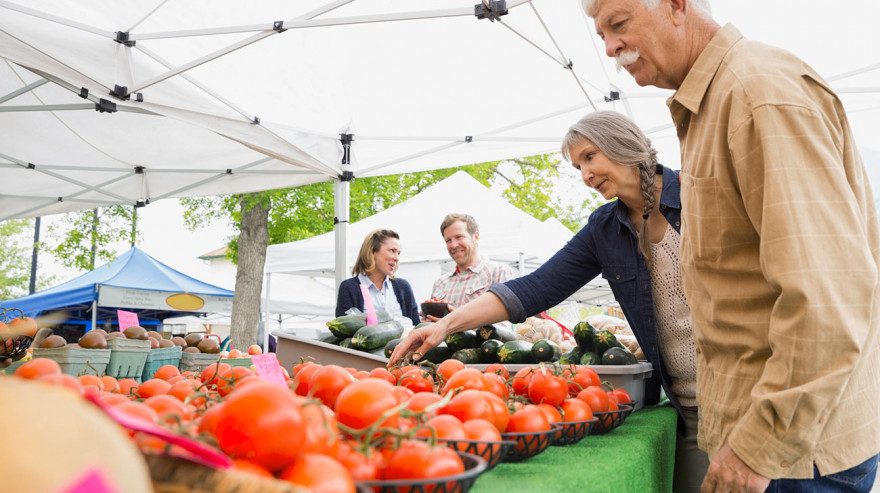 Power of the Crowd