Community gardens aren’t just for the Birkenstock-wearing crowd anymore. These days they are sprouting up nearly everywhere.

The data, contained in the report “Garden to Table: A 5-Year Look at Food Gardening in America” also shows that the interest in urban gardens has increased from 7 million in 2008 to 9 million in 2013.

Bruce Butterfield, market research director for the National Garden Association, attributed the increase in community farming to a souring economy as well as interest among millennials, the term used to describe people between the ages of 18 and 34.

With statistics like that, it’s perhaps not surprising that the environmental nonprofit kick-starter organization IOBY.org, has gone national. The acronym stands for “In Our Back Yard” and pokes fun at the NIMBY — or not in my backyard — movement that was prevalent in the 1980s and 1990s.

The National Recreation and Parks Association also has published a document to help those interested in developing community gardens. It lays out the do’s and don’ts and provides a suggested timeline that is required to help secure community buy-in to the initiative to ensure its success.

But some towns and cities already have entities that help people interested in community and urban gardens.

At 35 years old, Denver Urban Gardens (DUG) is slightly older than a millennial. The not-for-profit organization has more than 150 community gardens under its umbrella, most of which are open to the public. And demand for more gardens continues to increase, said DUG Director of Development and Communications, Rebecca Andruska. She said there has been a real push among the public schools to include gardens on school grounds.

DUG gardens are located at schools, municipal buildings, churches, workforce housing, parks and in neighborhoods. Denver Urban Gardens generally owns the land the gardens are located on and with the exception of a handful of privately held plots, the majority of its gardens are open to all comers.

Residents interested in joining a garden can call or email DUG with their contact information as well as the name of the garden they want to grow in. Garden leaders annually review their plots in the offseason and contact people when there are availabilities. Costs for the community garden range between $25 and $75 each season.

Most of the rules for each community garden are set by the local garden leader. The association did, though, have to pass a no marijuana policy in the wake of Colorado Amendment 64 — which makes it legal for those aged 21 and older to grow up to six marijuana plants and legally possess the cannabis from the plants they grow.

“We are about producing food, not the munchies,” said Andruska.

Since 2004, Denver Urban Gardens and the Colorado School of Public Health have worked together, through the “Gardens for Growing Healthy Communities” community-based research initiative, to explore how gardens, as neighborhood places, support healthy living.

The research shows that:

Data also showed that gardeners are more involved in social activities and have stronger ties to their neighborhoods. Perhaps more telling is that 88 percent of people who do not garden still want to see gardens in their neighborhood.

DUG also has a “community supported agriculture” farm, at the 158-acre property in metro Denver called Delaney Community Farm. DUG cultivates about 3 acres of vegetables, herbs and flowers at the site. The farm also has beehives in two areas that aim to improve pollination for the flowering vegetables and fruits grown there.

Mike Metallo, president of the National Garden Association, said the rise in popularity in community and urban gardens is part of a “food revolution taking place in America.” A stronghold for the revolution is Washington, D.C., where there are 27 community garden plots for every 10,000 residents according to the website, nerdwallet.com, which ranked Washington, D.C., as the No. 1 city for urban gardening. George Washington University has a number of initiatives focused on food sustainability, helping the city earn its top ranking.

Bread for the City was created in 1974 to provide vulnerable residents in the Washington, D.C. area access to comprehensive services, including food, clothing, medical care, and legal and social services, in an atmosphere of dignity and respect.

Additionally, the organization also has City Orchard, a larger plot of land in Beltsville, Md., where fruits are grown as well as some other vegetables. The land was donated by the University of the District of Columbia.

All its community gardens and farms were “fully subscribed” and there is a waiting list of interested people that keeps growing. Boone said she doesn’t know how long the wait list is, but that she takes names every spring. “Things do open up, but often the gardens are passed from one generation to the next,” she said.

In addition to the family farming opportunity, SCLT also has a 50-acre urban edge garden where farmers are currently growing lettuces, beans and other fruits and vegetables that are sold at the local farmers’ markets and used in area restaurants.

With an increasing number of farmers’ markets being equipped to handle supplemental nutritional assistance program (formerly food stamps), people can use their benefits to buy locally grown fresh fruits and vegetables that are sold at the markets.

“Our mission is to make healthy food accessible to all,” said Boone.

SCLT has a three-quarter-acre piece of property where it operates its City Farm. It serves as the trust’s demonstration center and also is the area where the trust grows lettuces and beans and peppers and other fruits and vegetables that produce often and grow well in small spaces. City Farm also has an apprentice program. According to a 2013 annual report, 80 percent of those who went through the apprentice program were farming for a living.

As it does with the produce from the urban edge garden, SCLT also sells the food grown at City Farm at local farmers’ markets and even to local restaurant owners who are eager to offer their customers locally grown fresh vegetables. The trust holds what Boone calls a “huge plant sale” every spring at the City Farm.

The program has been able to grow every year and attaining new space for gardens has not been an issue. They have been able to buy lots directly from the landowners and they also have been able to plant on city-owned lots, she said. Known as Lots of Hope, the city of Providence leases land to SCLT for $1.

Boone says that the gardens not only offer people an opportunity to grow food, they improve communities by helping to cultivate relationships.

“Neighborhoods are safer because more people are out working in the garden and people get to know each other,” she said. “They take pride in the gardens and they don’t want to see them vandalized. So they are a force for good.” 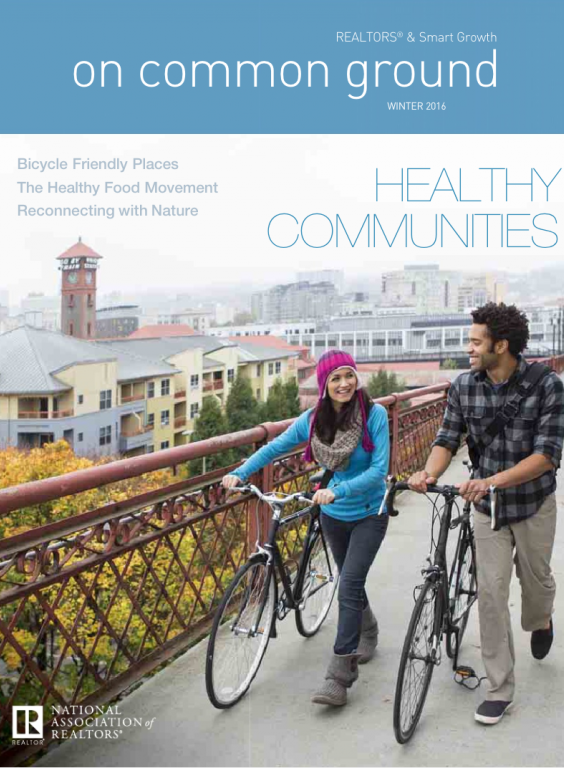