A resurgence in new construction is happening across the country, but it’s not being fueled just by traditional home construction. Instead it’s multi-residential housing units leading the way in what may be a growing and potentially lasting trend in the 21st century.

As the nation recovers from the Great Recession, a look at recent housing numbers are encouraging.

Housing completions, too, were up in September 2014 to a seasonally adjusted rate of nearly 1 million. That’s a 31.3 percent increase from September 2013.

But a closer look inside the numbers shows that a lot of the growth in new construction is due to a spike in multi-residential construction.

Indeed, larger multi-family units, with 5 or more units, accounted for half of the number of housing units authorized in 2013 in the District of Columbia, New York, North Dakota, New Jersey and California.

And in 2012, the growth in starts for residential units increased a whopping 37 percent from 2011, while single-family housing starts increased by 24 percent for the same period.

Though annual figures aren’t available for 2014, a review of the first and second quarters indicates the trend in new multi-residential isn’t going to change.

“Demographics is destiny I’ve often heard. And the preferences of young people for renting and this type of living defined that destiny and is a big reason for the trend,” said Frinzi, who has 25 years experience in multifamily residential construction.

Millennials — or the 34 and under age group — are choosing to rent instead of buy and more are choosing city life over suburbia, studies show.

Mike Rouse, M.D., is renting a remodeled loft in downtown Kansas City, Mo. Fresh from finishing his internal medicine residency, 30-year-old Rouse said he initially rented because his schedule was varied while he was finishing his residency. He didn’t want to worry about what he considered two down sides of homeownership: yard work and home repairs.

He gravitated downtown because the location gives him quick access to the two hospitals that serve the city residents. “That was a major deciding factor when I was initially looking,” he said.

“It also has access to the major highways which can make travel easier for any purpose,” Rouse added. “Lastly, I am able to walk to downtown venues such as Power and Light or other events which is nice when the weather permits.”

National Apartment Association President Doug Culkin said his group has noticed a trend to build apartments in downtown and urban areas in order to mostly appeal to millennials such as Rouse.

“An urban core really appeals to young professionals who are saving a lot of time that would otherwise be spent commuting to work or the city on the weekends from the suburbs,” he said.

That’s not to say that all new construction is in the urban core. Frinzi said a well-located suburb close to a job center — such as a university or state college — is also a prime place to build a multi-residential project. It will be supported by investors, he said, and easily filled with tenants.

“If anything, traditional real estate fundamentals are governing even more strongly in this (building) trend: location, access, proximity to work. Perhaps the biggest change is a return to those fundamental market drivers through the eyes of the customer,” he said.

While millennials are attracted to apartment living they aren’t the only ones gravitating toward rentals.

A recent study conducted by Harvard and AARP shows there is — and will be — demand for well-located affordable housing for older Americans.

The report — “Housing America’s Older Adults, Meeting the Need of an Aging Population” — notes that younger baby boomers in their 50s aren’t as financially stable as their parents. They have lower incomes than their parents as well as less wealth and homeownership. Additionally, they are less likely than their parents to have children, meaning they don’t have anyone to care for them as they age in place.

For these people, affordable apartments located near transit hubs are a must, the report notes.

The HUD/Census data show that 23,000 age-restricted units were started in 2013 or about 8 percent of all units under development. Age restricted developments in the North and the Midwest outpaced the national average.

Perhaps the largest driver of multi-residential housing has been student housing, where residents are charged by the bed — not the unit.

Culkin said the amenities in the student-housing sector run the gamut from modern gyms to resort pools and fire pits.

“Some of the student housing product out there today is amazing — true luxury living and it is easy to see why that would appeal to a college student,” he said.

“Florida’s state capital is considered an all out college town,” the online publication notes, describing Tallahassee. “Over the past year, it saw about $173 million in student housing sales.”

“But the trend in both,” he said, referring to senior and affordable multifamily residential “is still upward.”

Frinzi’s assessment is underscored by data collected by the National Association of Home Builders. The NAHB gauges market sentiment with its “multifamily production index,” or MPI. The MPI measures developers ‘and builders’ perceived interests in three areas: market-rate rentals, affordable rentals and for-sale units. Scores in the 50s or higher indicate there’s a positive perception or that the market is improving.

A corresponding analysis — the MVI — tracks builders and developers perceptions of vacancies. Again, the MVI for the second quarter increased by one point to 38. The lower the number the less vacancies perceived. Culkin said despite the uptick in multifamily residential housing, the market isn’t in danger of being over-flooded with rental choices.

“The apartment sector did not overbuild during the housing boom, and then built nearly nothing for two years after the market crash because no financing was available,” he said. “Construction is now increasing but it still remains below the levels needed to meet rising demand.”

Vacancy statistics kept by the National Multifamily Housing Council suggest he’s right. There was a 9.1 percent vacancy rate in 2013, according to the group, and moreover, vacancies are quickly filled. In 2012 — the last year there is complete data — 63 percent of new units that came on the market were rented within three months of completion and 81 percent were rented within 6 months of completion.

Frinzi said the flurry of multifamily building activity — and the willingness of Wall Street and conventional banks to fund the projects — actually dovetails at a time when there are less skilled construction workers available.

The combination, he said, “has caused a lot of pushback on price and construction costs are beginning to rise. We will have to see how that plays out over the next several years.” 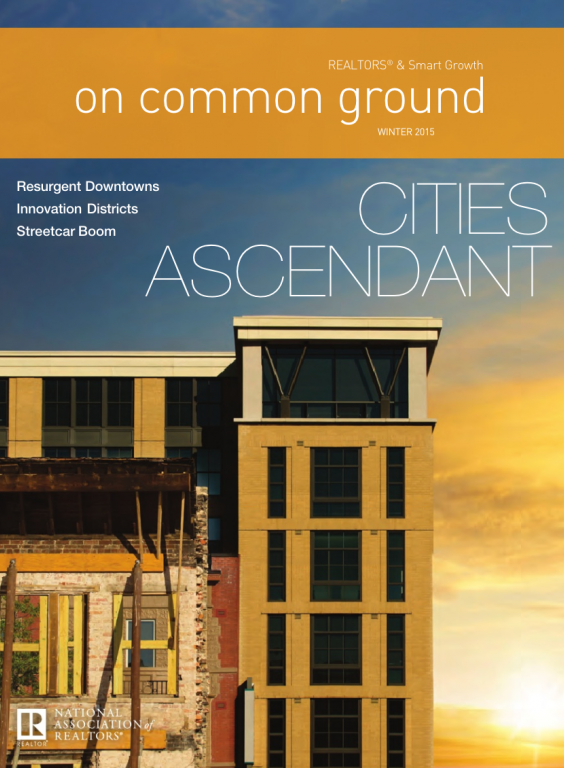