My name is Evan Liddiard of the National Association of REALTORS®. We want to welcome you to our video series on what you need to know about the new tax law. In this short segment, we will give a brief overview of the new law and then tell you what you can expect to learn by watching this series of four videos.

Assisting me through the series is my friend Peter Baker of the Business Planning Group. Peter is a seasoned accountant who has decades of experience helping REALTORS® and real estate businesses with their taxes. Welcome, Peter, and thanks for joining us.

I am very happy to be here, Evan.

Some of our viewers might be wondering, why are we releasing this series of videos now? After all, the new tax law was passed into law back in December of 2017. Shouldn't this information have been provided to us months ago?

The answer is yes. And it was provided. NAR.realtor has included many articles and summaries of the tax law, going back to before it was passed by Congress.

However, there are a couple of good reasons why we are bringing this information to you now in this format. First, REALTORS® are very busy people, and as with most Americans, many of you have not had the time to focus on the new tax law in a systematic way.

And now that the end of 2018 is just around the corner, it is a good time to provide concise yet comprehensive information that you need to know about how the tax rules have changed for you.

Second, these tax law changes were developed and enacted very quickly last year. Because of this, many of the details were left to be filled in by regulations. And these detailed rules are just now beginning to appear. We can now tell you much more about how the new law will affect you than we could have just three months ago.

Peter, now that we are past the final deadline for filing 2017 tax returns, are you finding that your real estate clients are now turning their attention to next year?

Yes. 2019 will be here before we know it, and I am seeing a big interest among my clients in wanting to know what changes this new tax law has brought us.

There is a great deal that could be said about the new tax law and how it was developed. It is a fascinating story of politics, power, and political process.

But this video series is focused on the essentials, so we are going to get right into the heart of the adjustments and how they affect you.

However, it is important that you are aware of three driving forces underlying the development of the tax act, as knowing them should help make sense of some of the "why" questions that might come up.

The first driving force was the desire on the part of the architects of the act to cut taxes for most businesses and individuals. And thanks to the $1.5 trillion that will be added to the national debt over the next ten years, about 80% of tax filers will receive a tax cut averaging about $2,100 per year, while about 5% will face an average tax increase of about $2,800. The other 15% will see no changes.

The second driver was the hope to simplify tax filing for most people. People could argue about this issue for a long time, but I think it is fair to say that tax returns will be a little simpler for most people as a result of these changes. Would you agree with this, Peter?

Yes. Millions of people will no longer be itemizing their deductions, and this will make filing their taxes somewhat easier and faster. However, the flip-side of this is that some of the traditional incentives in the tax law, such as for owning a home or making charitable contributions, due to the increased standard deduction, will no longer be utilized or be the specific benefit that they were in prior years , or will be weaker, for those same millions of people.

Most people, and certainly most of your membership though, will not see a drastic amount of simplification to their tax lives as a result of the new tax law. In fact, in several important ways, the rules have gotten more complicated.

The final driving force, which really increased the difficulty of passing the bill, was the congressional budget process that was used to push the legislation through Congress. Partly because of that process, the bill was delayed for much of last year, and then it moved through very quickly. This meant that the changes were rushed and some drafting errors were made. And more of the details were left to the discretion of the Treasury Department and IRS.

The Tax Cuts and Jobs Act was the biggest modification to the tax law in more than 30 years. There are hundreds of provisions in dozens of different areas of the tax code. Fortunately, not all of these changes will affect real estate and those who make their living in this industry.

Let us finish our introduction by giving a short overview of what the rest of the series covers. The next video, #2, delves into the major modifications facing individuals and families filing tax returns. It explains the changes in the tax rates, the standard deduction, and personal and dependency exemptions, and the tax credit for children.

Here, everyone who files a tax return will find that the basic concepts of how individuals are taxed in America are now different. And while many of these changes are in the favor of the tax filer, some go in the opposite direction.

Video #3 will explain what happened to the tax deductions that affect owing and buying a home, such as the mortgage interest and the state and local tax deductions. We will also cover some surprising modifications to the moving expense and casualty loss deductions.

The last video in our series than delves into what is now different with the way you are taxed as a real estate professional. In it, we will explain what happened to the meals and entertainment deduction, which is a little bit of bad news.

And we will also acquaint you with a brand-new deduction for those who are in business for themselves as an independent contract or owner of a pass-through business, such as an S corporation, limited liability company, or partnership.

The news here for most REALTORS® will be very good, as you are probably eligible for a significant tax deduction you may not even know about yet.

So once again, we thank you for joining us, and we look forward to sharing what you need to know about the new tax law.

More From This Series

What REALTORS® Need to Know About the 2017 Tax Law

Additional Information About the 2017 Tax Law 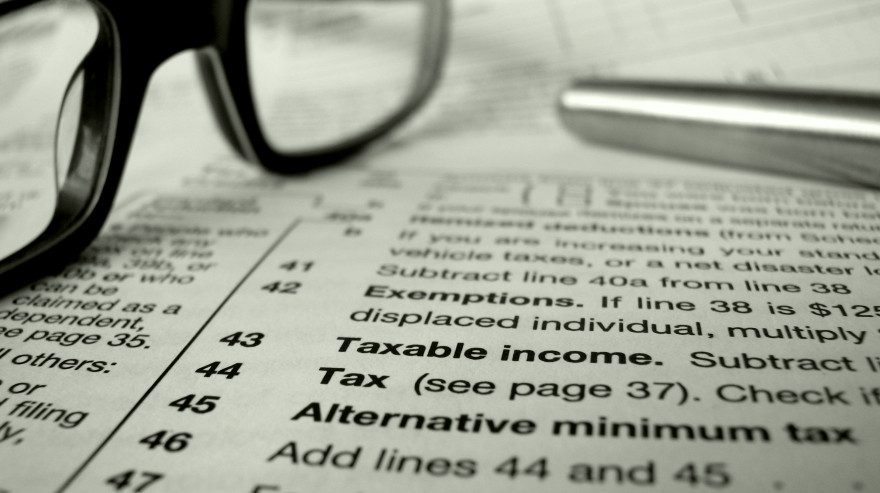 NAR strived throughout the tax reform process to preserve the tax benefits of homeownership and real estate investment. What the 2017 Tax Law Means for Real Estate On Dec. 22, 2017, President Trump signed the "Tax Cuts and Jobs Act" after it was approved earlier this week by House and Senate.

Welcome to the National Association of REALTORS®

New Digs for a Pig in Denver

New vs. Old in Colorado

Video: Existing-Home Sales Down, Prices Up

Existing-Home Sales Rise in May

Why Should You Get the CIPS Designation?

How Does Google Rank Pages?

How Was the Strategic Framework Put Together?

Make Wellness a Priority in a Competitive Market

COVID-19: One Year In - the Conversation Continues

Each week, NAR Leadership and industry experts share tips and updates on the real estate industry during this unprecedented time.
See All Videos
3:41
September 28, 2020

Cybersecurity: What You Need to Know

Get Out the Vote

Emerging Technology for Today and Into Tomorrow

The hunt is about so much more than the house. Home buying hiccups lead to tough decisions. Guided by the expertise of a REALTOR®, First-Time Buyer puts the real in real estate.
See All Videos
Kudos to Kandis in Phoenix
When an inspection reveals hidden problems, Kandis finds her Phoenix clients a backup house with a pretty cool perk.
Share

Video
Nov 16, 2020
Auntie's All Over It
Kim helps her nephew establish credit and guides him through the ABCs of home buying.
Share

Video
Nov 16, 2020
Moving Day Maneuvers
Maria's client beat cancer and is ready for a new chapter. But when an estate sale presents title issues on closing day, Maria must get creative.
Share

Video
Nov 16, 2020
Try to Buy…Again
Twjana’s clients are motivated to act fast with a baby on the way, especially when a house they love slips through their fingers.
Share

Video
Nov 16, 2020
Bachelor Wants to Buy
Jill & Corey work their ATL network to find a home for a bachelor tired of paying rent. But giant holes in the yard could sink the deal.
Share

Video
Nov 16, 2020
Buying in Buckeye
In the boomtown of Buckeye, AZ Kenneth suggest his clients take advantage of a VA Loan.
Share

Video
Nov 16, 2020
No Money, No Problem
When a young couple comes to Rachel with big dreams but little savings, she suggests a USDA loan requiring no money down.
Share