SAN FRANCISCO  (November 11, 2019) – Vince Malta, a third-generation Realtor®, was installed today as 2020 president of the National Association of Realtors® during the 2019 REALTORS® Conference & Expo.

Malta was NAR’s 2019 president-elect and 2018 first vice president. He has been in the industry for 40 years and is a broker at Malta & Co., Inc., in San Francisco. On the national level, he has testified before Congress multiple times on behalf of NAR, served on its Board of Directors since 2002 and was the association’s 2011 vice president of government affairs. In 2002, Malta became a California Association of Realtors® honorary member for life, in 2006 he served as CAR president, and in 2007 he was named the state’s Realtor® of the Year.

Charlie Oppler is the 2020 NAR president-elect. He has been a Realtor® for more than 30 years and is the CEO of Prominent Properties Sotheby’s International Realty in Tenafly, New Jersey, specializing in residential brokerage. He holds the At Home with Diversity certification from NAR and has served on NAR’s Board of Directors since 2003. He has served on four of NAR's Presidential Advisory Groups while chairing the Realtor® Party Coordinating Committee twice and the RPAC Trustees Committee for one term. In 2005, Oppler was NAR’s vice president for Region 2, representing New Jersey, New York and Pennsylvania. He was president of the New Jersey Association of Realtors® in 2004.

Leslie Rouda Smith is NAR’s first vice president. She has been a Realtor® for nearly 35 years. Rouda Smith is a broker associate at Dave Perry-Miller & Associates, in Dallas, where she specializes in residential and ranch and country real estate, along with her husband Brian and their children, all of whom are Realtors®. She has been a member of NAR’s Board of Directors since 2009, and has served several years on the Executive Committee. In 2017, she was NAR’s Vice President for Region 10, comprised of Louisiana and Texas and chaired the “Future of the Realtor® Party” PAG that same year. In 2013, she served on the NAR Leadership Team as vice president. At the state level, Rouda Smith served as the 2016 chairman of the board for Texas Realtors®.

John Flor is NAR’s 2020 treasurer. Flor has been a Realtor® for more than 20 years and is the Managing Broker of Six Lakes Realty, specializing in waterfront and recreational properties. At the national level, Flor has served on several committees, a presidential advisory group and the NAR Board of Directors. The Wisconsin Realtors® Association elected Flor as its board chairman in 2010, after serving as the Realtors® Association of Northwest Wisconsin, elected him president in 2009.

Mabél Guzmán is NAR’s 2020 vice president, association affairs. In 2014, she served as Chair of the Conventional Financing and Policy Committee, where she testified on behalf of NAR’s more than one million members before the U.S. Senate Subcommittee on Urban Affairs and Banking on for its hearing, “Inequality and Opportunity in the Housing Market.” In 2014, 2015 and 2018, she received the Illinois Realtors® President’s Medallion for Outstanding Service. She was the 2011 president of the Chicago Association of Realtors® and was named 2012 Chicago Realtor® of the Year. Guzmán is a broker at @properties in Chicago, where she specializes in residential real estate, rehabbing properties and working with investors.

Christine Hansen is NAR’s 2020 vice president, advocacy. She has been a Realtor® for more than 20 years and broker-owner of Century 21 Hansen Realty in Fort Lauderdale, Florida, a full-service real estate company with residential, luxury homes, rental and relocation department. As 2019 Realtor® Party Director, she’s focused on ensuring Realtors® understand the strength of their collective voice on Capitol Hill and in state and local legislatures while advocating on behalf of the many critical public policy issues affecting the real estate industry. Hansen served as 2018 president of Florida Realtors® and its 180,000 members, a culmination of many years of service in Florida governance roles. She has held numerous committee and task force posts in the Greater Fort Lauderdale Association, now the Realtors® of the Palm Beaches and Greater Fort Lauderdale Association (RAPM-GFLR).

John Smaby is NAR’s 2020 immediate past president. He’s a second-generation Realtor® from Edina, Minnesota. He has been in the industry for nearly 40 years and is a broker at Edina Realty, where he specializes in residential real estate. Smaby was NAR’s 2018 president-elect and 2017 first vice president. He has held numerous positions nationally and with Minnesota Realtors®, where he served as president in 2015 and treasurer in 2013. In 2013, Smaby received Minnesota’s Ed Anderson Political Achievement Award, and in 2014, was named their Realtor® of the Year.

The National Association of Realtors® is America’s largest trade association, representing 1.4 million members involved in all aspects of the residential and commercial real estate industries. 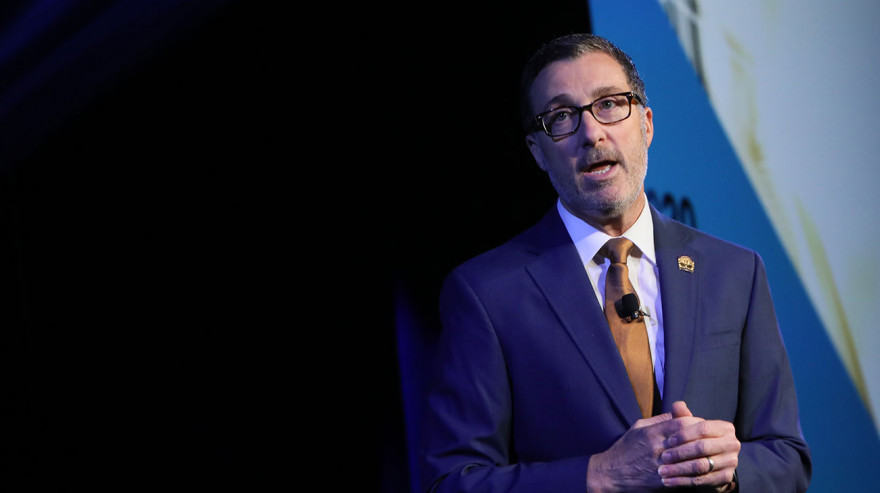 The Leadership Team guides NAR's strategic direction and policymaking in such areas as legislation, professional standards, and business services.
Advertisement